We have created this blog to help Australian immigrants help with all their visa and permanent residency needs by contributing our own insights in this area as well as pointing you in the right direction to help you save time and money. 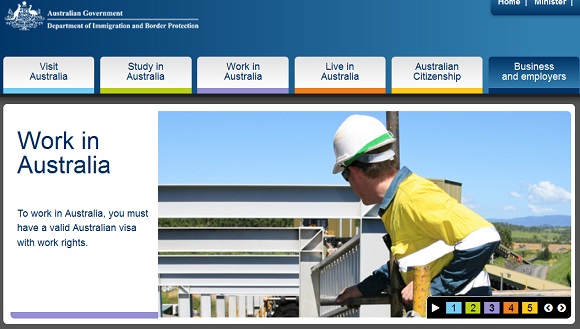 Right off the bat, the best source of information for all migrants that include all visa applications would be the Australian Government Department of Immigration website. Also be sure to check out Australian Immigration department’s YouTube channel with many interesting videos in many different languages too! Great content and here is one example where they talk about employing legal workers in Australia

As far as the employment law it is mostly concerning people who had already arrived or were born in Australia and hold a full or part time job. This is much more about protecting your rights as a worker, protecting your entitlements such as hours of work, pay and conditions. For this, you best bet is to go to so called Fair Work Australia Ombudsman where they list among many things 10 National Employment Standards that are a minimum set of rules that every employer in Australia is obligated to comply with. These rules came into being around 2010 and are a guiding standard for all employees.

Their YouTube channel is also full of informational videos, be sure to check it out and if you subscribe to it you will be able to get notified as soon as new videos on employment matters is published. They also have program in most immigrant languages. Here is such video in Employing staff in Australia

One country that spans the whole continent – the country and the continent of Australia. Although there is evidence that Europeans arrived in the 16th or 17th century, the modern day migration to Australia begun little over 200 years ago when captain Cook arrived at what’s now called Sydney. Not long after that the imperial England started sending convicts, mostly petty thief to populate the country.

Back in those days it was not a privilege to be granted Australian permanent residency, it was part of one’s conviction as Australia was a rugged land with very little to offer to new arrivals. The Australian Immigration has a whole new meaning today as the migration quotas are established by the government to gradually bring people who will either contribute to the society and the economy or those who are in dire situations such as refugees. In addition to working, skilled and refugee visas, permanent residency is also granted on family reunion grounds as well as spouse or partner visas.

In recent years one visa that has also steered lots of controversy is a 457 visa where employees can help people migrate to Australia if they made sufficient effort to find local staff and were not able to do so. This visa has made headlines in Australian media as it is claimed that many employees have not made a strong enough effort to find local workers and used the 457 visa as an excuse to import cheaper overseas labour force from third world countries such as India for IT staff for example.

How to immigrate to Australia?

There are loads of resources available on Australian Government Department of Immigration website www.immi.gov.au as well on their YouTube channel, just search for ImmiTV. Once you’ve done your research, it is best to find the registered migration agent that is both accredited by MARA (Migration Agent Registration Authority) www.mara.gov.au as well as backed by years of experience such as McArdle Legal office located in Sydney CBD www.mcardlelegal.com.au. There are immigration lawyers there as well as registered agents. Australian government Immigration Department is the only body that can grant skilled or permanent visas or visas of any kind for that matter. One of the ways to get a visa for Australian residency is via skilled migration program.

Depending on the current economic situation and labour demand globally, Australian government sets quotas for certain skills and qualifications making it easier to migrate to Australia if you posses those desired skills and experience. Be it nursing, mechanical electrical engineering, truck drivers or IT staff, Australia has a large number of those visas available and granted every year. Find out what’s in demand right now for the best chance to qualify.

Spouse visa program is the second most popular way to apply for Australian residency. As the name suggests there are conditions attached to this visa; obvious criteria is that you have a partner who is already in some way in Australia – you may be entitled to migrate to join your partner.

Should you satisfy criteria for this visa, you may be able to bring your parents or other close family to Australia. Sometimes it is useful if the person from a war torn country has a close relative in Australia – the likelihood of the visa being granted is much higher.

Although immigration department can help immensely directly or indirectly by you going onto their website and finding the closest match to your circumstance and than following that path, you will find that acquiring help from a registered migration agent will increase your chances greatly.